Saint Petersburg's restaurants, bars and cafes have dishes to suit all tastes and budgets, allowing everyone to sample the best of Russian cuisine! With a wealth of flavours reflecting the multiculturalism of the country, St Petersburg's gastronomy is based in simple and tasty ingredients that can survive cultivation in an extremely cold climate. We've compiled a list of some of the top Russian delicacies so you can decide what try during your trip!

What to eat in Saint Petersburg?

Where to eat in Saint Petersburg?

So you know what you're going to eat, now where's best to try it? You'll find any number of self-service style restaurants around the city, which have the advantage that you can point to the foods you want, avoiding the language barrier. In other places, you'll probably have to hope they have an English menu and that it makes sense!

Cheap and reliable chains include Stolle for pies, Bushe for coffee and cakes, and Baltic Bread for sandwiches and pastries. If you want a basic but authentic Russian meal with the locals, head to a "stolovaya", canteens leftover from the Soviet days.

St Petersburg has a wide range of both Russian and international offerings when it comes to cafes and restaurants, and now has an ever increasing number of decent vegetarian options too. In particular, Nevsky Prospect and its surroundings are one of the areas with the highest number of restaurants and cafes.

In most restaurants in St. Petersburg, as in most museums, shops and places of interest in the city, it is possible to pay by credit card even if they are places with very cheap prices.

When to eat in Saint Petersburg?

In Russia, mealtimes are relatively extended. Restaurants in Saint Petersburg are usually open between midday and 4 pm for lunch, and between 6 pm and 11 pm for dinner, although you'll probably find a fair few places that are open for 24 hours. 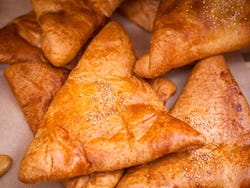 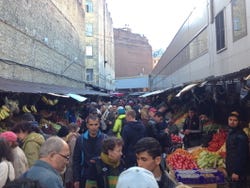