The founding of Saint Petersburg

The city of Saint Petersburg was founded in 1703 under the reign of Peter the Great as a "bridge" between Russia and Europe, part of his plan to modernise and Westernise the country. The city was intended to be a place of great political and economic strength and an important seaport, so a strategic location on the Gulf of Finland in the Baltic Sea was selected.

More specifically, the Swedish imperial colony of Nyenskans was chosen, which Peter I captured during the twenty-year-long Great Northern War, building the Peter and Paul Fortress there in 1703, the first brick and stone building in his new city.

With the help of Swiss Italian and French architects, Saint Petersburg was constructed according to Peter the Great's vision of a Russian-European city. Its design was influenced heavily by Amsterdam, something that can be seen in its extensive canal network, earning it the nickname Venice of the North.

In 1712, Saint Petersburg was made capital of the Russia Empire, relegating Moscow to second place and bringing with it a large influx of citizens from elsewhere in Russia and from other European cities.

Over the ensuing decades under the reign of Peter I, mosques, churches and imperial palaces, including the Winter Palace and the Peter and Paul Cathedral, were built to bring the city up to the standards of the world's great cultural centres.

Along the same lines, the 18th century saw ballet becoming an intrinsic part of Russian culture and society, and in 1738 the Imperial Russian Ballet was founded, alongside the first philharmonic orchestra and the first Russian conservatory of music.

Saint Petersburg's name also reflected the desire to be European, using German words: Sankt-Peterburg in Russian. However, when World War I arrived the Imperial government renamed the city Petrograd, or Peter's City, to distance it from the German influence. This wasn't the only name change that Saint Petersburg has undergone during its history, being renamed Leningrad in 1924 after the Bolshevik Revolution until regaining its original name in 1991.

Like in Moscow, war and poverty meant there was increasing discontent under the imperial government. The city was the epicentre of several revolutions that would change the course of the entire country: while the Russian Empire expanded during the Napoleonic Wars, at home there were uprisings and the assassinations of leaders throughout the 19th century.

Saint Petersburg was at the forefront of some of the most important social and political movements of the 20th century, starting with the Revolution of 1905, kicked off by the infamous event known as "Bloody Sunday" when unarmed working-class demonstrators were fired on by Tsarist forces. Numerous uprisings and revolts lead to the creation of the Russian Constitution of 1906 and the proclamation of the Tsar as Supreme Leader.

Discontent continued to snowball, especially with the appalling conditions that soldiers were subjected to during the First World War, and in February 1917 a workers' strike took place in Petrograd, marking the beginning of a revolution in which Lenin's Bolshevik Party would take the lead. The October Storming of the Winter Palace ending with the creation of Soviet Russia and the triggering of the Russian Civil War. In 1918, Moscow was made capital city again.

World War II saw Nazi Germany begin its Siege of Leningrad, one of the longest and most destructive sieges in history, a military blockade during which much of the population starved to death. The city wasn't liberated until 1944, and in 1945 it was granted the title of Hero City in commemoration of the struggle.

The post-war and Soviet era saw the rebuilding and recovery of Leningrad: the metro opened in 1955 and the population began to grow again.

Discover more about the revolution and the Soviet era in the city on our Russian Revolution Tour of St Petersburg.

The 90s and today

In 1991, after the dissolution of the Soviet Union, a popular referendum voted for Leningrad to be renamed Sankt-Peterburg. These days, Saint Petersburg is Russia's second largest and second most important city, and a cultural centre thanks to the presence of the prestigious Hermitage Museum.

The city's numerous historical architectural complexes have earned it a place on the UNESCO World Heritage List and it has become a popular tourist destination, especially for lovers of art, music and culture. 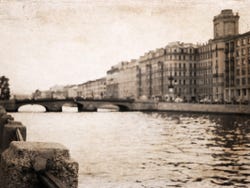 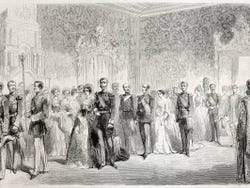