Over the years, Saint Petersburg's Palace Square has witnessed some of the major events that would not only mark the course of Russian history, but would have a great influence on world history.

The square is located at an important crossroads between Nevsky Prospect, one of the city's main arteries, and the Palace Bridge, which provides access to Vasilyevsky Island.

What to see in Palace Square?

In a city as big as St Petersburg it's not always easy to find places like Palace Square, an important plaza which remains a pleasant space to stroll and enjoy the calm while surrounded by magnificent monuments. In practical terms, it is to St Petersburg what Red Square is to Moscow. 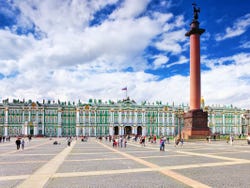 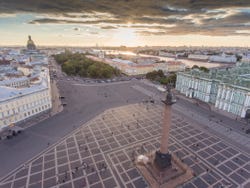