Saint Petersburg's canals, rivers and bridges are one of the city's most enchanting features, and each of the bridges has its own particular style, decoration and history. It's a true pleasure to discover them, whether from the water on a boat cruise, or simply by strolling over them on foot.

Overnight, one of St Petersburg's most fascinating traditions takes place and the drawbridges around the city open up: a wonderful blend of engineering, design and history that offers an unparalleled spectacle.

If this sounds like something you'd like to see first hand, take a look at our midnight boat cruise of St Petersburg's drawbridges.

St Petersburg is home to around 500 different bridges of different shapes and sizes. As it might be a little too much to visit all of them, we've compiled a list of those which really stand out: 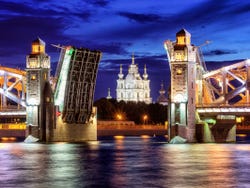 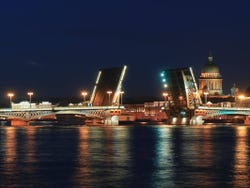 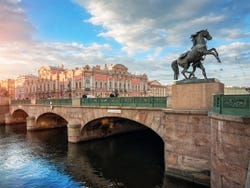