Ballet originated in Italy in the 15th and 16th centuries, but it wasn't until Peter the Great came into power in the 17th century and began opening the Russian Empire up to Western culture and influence that ballet became known in the country, with the first performance taking place in 1673. Intrinsically linked to the political, social and cultural changes that were taking place at the time, the dance's arrival in Russia marks a key point in the country's history.

Thanks to patronage by the tsars and the influence of ballet teachers from France and Italy, ballet quickly became the most popular form of entertainment of the Russian nobility. Under the orders of Catherine the Great, an Imperial ballet troupe was established in St Petersburg in 1783, and it was moved to the famous Mariinsky Theatre in 1886.

While the renowned Bolshoi Ballet was founded in Moscow in 1776, making it one of the oldest ballet companies in the world, St Petersburg remained the "ballet capital" of Russia with its Imperial Russian Ballet, these days known as the Mariinsky Ballet.

Ballet Russe over the ages

By the 1800s, the purely French and Italian style of ballet had evolved in Russia, fusing with native folk influences to create a unique dance. At the same time during the 19th century, cheap seats in ballet theatres were made available for the poorer sections of society, allowing the entire population to enjoy one of the most emblematic symbols of Russian culture.

The 1900s saw Ballet Russe, as the French called it, reaching beyond Russia and infiltrating Paris, sharing Russian culture with the Western world. After the Bolsheviks took over in 1917, the newly formed Soviet Union adapted ballet to meet the standards of Socialist Realism, the style of art and culture adopted in the country to promote the Communist regime.

To truly get a feel for the internationally acclaimed Russian ballet, the best thing to do is to attend a performance during your trip to Saint Petersburg. Experience this important cultural show at one of the city's most famous theatres: 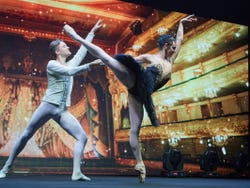 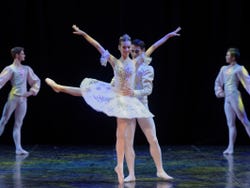