Travel back in time as you delve into the history of the Soviet era on this tour of St. Petersburg. Discover remnants of the USSR and learn about life during WWII. 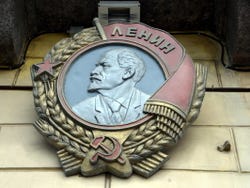 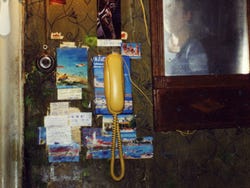 We'll start at 11 am, meeting next to the Bronze Horseman, a statue that became an important symbol for the Soviet resistance at the Siege of Leningrad during World War II.

First, we'll visit the city's historic center, where your guide will take you through the history of the USSR and when St. Petersburg adopted the name Leningrad. As we make our way through the center, you'll observe the many remaining references to Vladímir Ilich Uliánov, better known as Lenin.

On our visit to the Rumyantsev Mansion, we'll learn about the history of Russia from the imperial to the Soviet era, delving into the details of what daily life was like during the time.

The next stop on our tour will be to the Kommunalka Museum, which houses a reconstruction of the communal apartments that were common during the height of the USSR. These residences, called kommunalkas, often housed from two to seven families.

Then, we'll head to the Museum of the Defense and Siege of Leningrad, where we'll see its exhibition on World War II, one of the most tragic times in the history of the city. You'll go back in time to the Siege of Leningrad, a long military blockade that occurred in the city, and learn about the feats of residents who stayed and lived through famines and freezing temperatures.

During the visit, you'll explore authentic artifacts including photos, weapons, flags, uniforms, and personal objects. One of the most important items you'll see is the diary of Tanya Sávicheva, who recorded all the deaths in her family during the time. We'll also see the bomb shelter, the blockade room as well as aerial alarms, truly recreating a besieged Leningrad.

At 1 pm, after being immersed in the Soviet history of St. Petersburg, the tour will come to an end.

The activity takes place with a guide that speaks en english.

Entrance to the Kommunalka Museum.

US$ 29.40
No hidden fees or surcharges
Free cancellation up to 3 days before
Book

Senate Square, next to the Bronze Horseman statue.

I travelled with teenagers
Show all the reviews
like Free

9.20 / 10 816 reviews
The Tzars created a city-palace on the banks of the Neva River. With this free tour of the centre of Saint Petersburg you will discover its stunning legacy.
Free!
Book
like

9.60 / 10 202 reviews
Discover Saint Petersburg and all the hidden corners of this palace city, on a 2-day tour perfectly designed for cruise passengers.
US$ 176.40
Book
like

No rating yet
This hop-on-hop-off tourist bus makes different stops throughout the city, allowing you to enjoy the main points of interest St Petersburg has to offer, in total comfort.
US$ 35.20
Book