Experience an unforgettable journey between St. Petersburg and Moscow with this Trans-Siberian Railway from St Petersburg to Vladivostok. Visit beautiful cities such as Ekaterinburg and Irkutsk, ending the journey in Vladivostok. 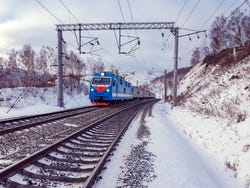 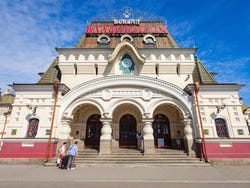 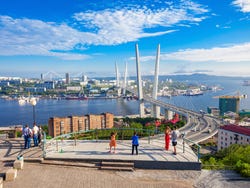 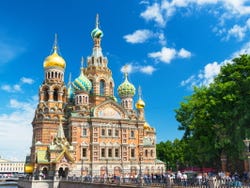 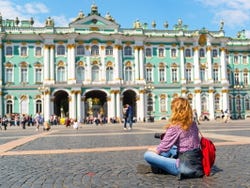 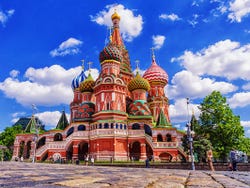 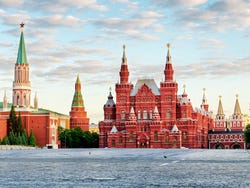 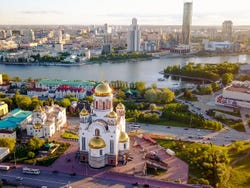 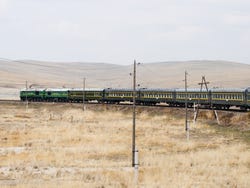 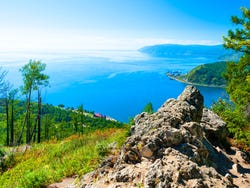 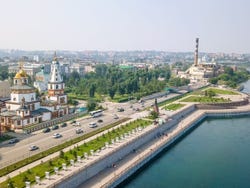 You'll be picked up from St. Petersburg airport and transferred to a centrally located hotel in St. Petersburg. Welcome to Russia!

After breakfast at your hotel, we'll spend the morning on a full tour of St. Petersburg. We'll visit St. Peter and Paul's Fortress, St. Isaac's Cathedral and the Church of the Saviour on the Spilled Blood. We'll also learn the secrets of the cruiser Aurora: the warship whose cannon announced the beginning of the Russian Revolution in 1917.

You'll have the rest of the day at leisure to wander on your own around beautiful St. Petersburg, the "Venice of the Baltic Sea".

After breakfast, we'll pick you up from your hotel and drive to the Palace Square for a guided tour of the Hermitage Museum. Inside this beautiful building, the former winter residence of the Tsars, we'll see different masterpieces of outstanding artists such as Da Vinci, Raphael or Caravaggio.

You'll have the rest of the day free until late in the afternoon when we'll head to the St. Petersburg station to take the Grand Express: a comfortable night train that will take you to Moscow. The capital of Russia awaits you!

After picking you up at the station, we'll go on a panoramic tour of Moscow. On this route, we'll pass historic sites such as the KGB Headquarters and the Bolshoi Theatre. Afterwards, we'll go on a walking tour of the Red Square, where we'll appreciate the exterior architecture of St. Basil's and Kazan Cathedrals, Lenin's Mausoleum and the GUM Shopping Gallery.

In the afternoon, which you'll have at your leisure, you will have the opportunity to do some shopping or to explore the always fascinating Russian capital at your own pace.

After spending the afternoon at leisure in Moscow, you'll be taken to the railway station where your journey on the Trans-Siberian Railway will begin. First destination? The beautiful city of Ekaterinburg.

From Ekaterinburg station, where you'll arrive at around 9 pm, we'll take you to a hotel in the city centre so that you can rest from your journey.

After a comforting breakfast at your hotel, we'll pick you up for a panoramic tour of Ekaterinburg. We'll stop at the main gems of its historical heritage, including the Cathedral of the Spilled Blood. We'll also visit Ganina Yama, the place where the bodies of Tsar Nicholas II and his family were hidden.

The tour continues with a visit to the Memorial to the Victims of Stalin and the monolith marking the border between Asia and Europe. You'll have the rest of the day at leisure and in the late afternoon, we'll bring you to Ekaterinburg station to take the Trans-Siberian Railway to Irkutsk.

During these days you'll cross Russia on board the Trans-Siberian Railway. The route between Ekaterinburg and Irkutsk runs through the Siberian steppe, a unique journey that will allow you to enjoy all the comforts of the train.

At dawn, you'll arrive at Irkutsk station. From there we'll drive to a hotel in Listvyanka, a picturesque village on the shores of Baikal, the deepest lake in the world. The rest of the day is free for you to visit the Lake Baikal Museum or St. Nicholas Church on your own.

After breakfast, we'll pick you up from your hotel in Listvyanka and drive to the Taltsy Museum of Wooden Architecture. After visiting the exhibition we'll drive to Irkutsk for a panoramic tour of the "Paris of Siberia".

After a free afternoon in Irkutsk, we'll take you to the station to continue your journey by Trans-Siberian Railway to Vladivostok.

On these days, you'll enjoy three days on board the Trans-Siberian Railway. The route runs close to the border between China and Russia, on one of Asia's most iconic railway routes.

You'll arrive in Vladivostok at around 6 am. After picking you up at the station, we'll take you to a hotel in the city to rest. In the afternoon, we'll pick you up at your accommodation and embark on a tour of Vladivostok, visiting the Fortress Museum and the Catholic and Intersection churches.

After the last stop at the Korabelnaya Naberezhnaya pier, where we'll learn about the history of the military ships of World War II, we'll take you back to your hotel.

You'll have the day at leisure until we pick you up in time to take you to Vladivostok airport.

The tour includes 8 nights' accommodation with breakfast in the following hotels:

The nights that you do not sleep in the above hotels will be spent travelling by night train. On this means of transport, you'll have a 4-person compartment with two bunk beds. In addition, each train carriage has two toilets and hot water for making herbal teas, and you'll be provided with clean bed linen and cups.

When booking, you'll only need to indicate the type of room you want to sleep in at the hotels, as you'll always travel in 4-person compartments on the trains.

If you don't wish to share a train compartment with other people, you can pay a supplement. Please indicate this in the comments at the time of booking and we will send you a request to pay the supplement.

Guide in the cities

The guide service is only included in the cities, while on the train you'll travel on your own, enjoying the tour at your own pace.

All of our providers comply with recommendations to avoid the spread of Covid-19. Please check local restrictions before traveling.

Pick up from St. Petersburg airport

8 nights' accommodation with breakfast in 3 and 4 star hotels

Tickets for the Grand Express train between St. Petersburg and Moscow

Tickets for the Trans

You can book up until 30 days before the activity as long as there are still places. Book now to guarantee your spot.

9.20 / 10 819 reviews
The Tzars created a city-palace on the banks of the Neva River. With this free tour of the centre of Saint Petersburg you will discover its stunning legacy.
Free!
Book
like

9.60 / 10 203 reviews
Discover Saint Petersburg and all the hidden corners of this palace city, on a 2-day tour perfectly designed for cruise passengers.
US$ 169.70
Book
like

8.80 / 10 5 reviews
Travel back in time & delve into the history of the Soviet era on this tour of St. Petersburg. Discover remnants of the USSR and learn about life during WWII.
US$ 28.20
Book